College Student Julian Bass went viral for his Superhero TIkTok and was noticed by Disney. Meanwhile, his post now has over 23 million views and counting.

It is clear that this is only the beginning for him. 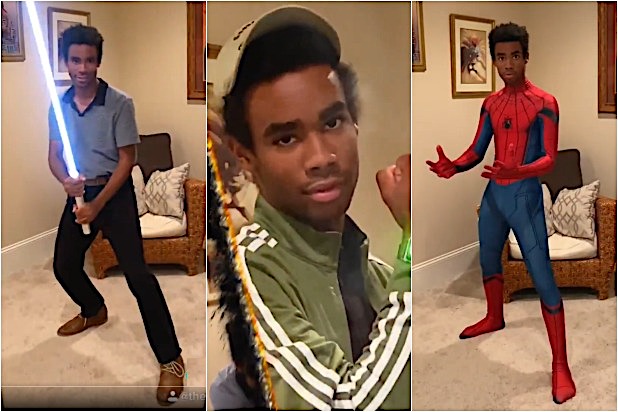 In post on TikTok, the Georgia State University theatre major quickly transforms himself into superhero characters.

Set to the song “Watermelon Sugar” by Harry Styles, Bass changes from a Star Wars Jedi, to Ben 10, to Spider-Man in seconds.

It is evident that this TikTok star is skilled with special effects. Disney noticed.

Bass tweeted his TikTok to a greater audience in an attempt and boost views. After that, a flood of important players of the Disney sphere began to notice him and his work.

He wanted people to retweet until he got a call from Disney. Soon enough, call they did.

if y’all can retweet this enough times that Disney calls, that’d be greatly appreciated pic.twitter.com/GrKlIRxg3J

After 20 year old Bass posted on Twitter, Disney Executive Chairman Bob Iger replied. He said “The world’s gonna know your name!!!” This is definitely a good sign coming from someone so important in Disney.

According to the Independent “Oscar-winner Matthew Cherry, actor Josh Gad, Guardians of the Galaxy filmmaker James Gunn and Ben 10 voice actor Tara Strong were also among those praising the 20-year-old.”

In Bass’ words, “this is only the beginning”.

The world’s gonna know your name!!!

With all of this buzz, Bass scored himself an interview on Good Morning America.

When asked about the attention he said, “I am going to try to capitalize on (the attention) now, with all of these people reaching out, and make the smartest move going forward. My family is even getting calls from people we don’t know.”

He created another viral TikTok specifically for Good Morning America as well.

The Future for Bass

Evidently, this has been a crazy month for Bass. He went on Good Morning America, Robert Iger acknowledged his work, and so did many other important people in the business.

“It’s crazy. Everyone’s reaching out and saying congratulations and they love it,” Bass said on Good Morning America.

For another example, Sony replied to a tweet about Bass possibly playing Miles in a live action Spider-Verse.

This is all a wild ride for this College Student turned TikTok star. Maybe we could be looking at a new superhero in the Disney universe.

Certainly he is off to do great things.