Missing Cameron Boyce One Year After His Early Death

It’s hard to believe that one year ago today Disney star Cameron Boyce tragically died of epilepsy at the age of 20. On July 6, 2019, Cameron was found unresponsive in his North Hollywood home, following a seizure due to epilepsy.

Initially his death was reported to be due to an ongoing medical condition for which he was being treated. The Los Angeles County coroner’s office released a report on July 31, 2019 stating that his death was natural, a “sudden unexpected death in epilepsy,” following an autopsy and testing. 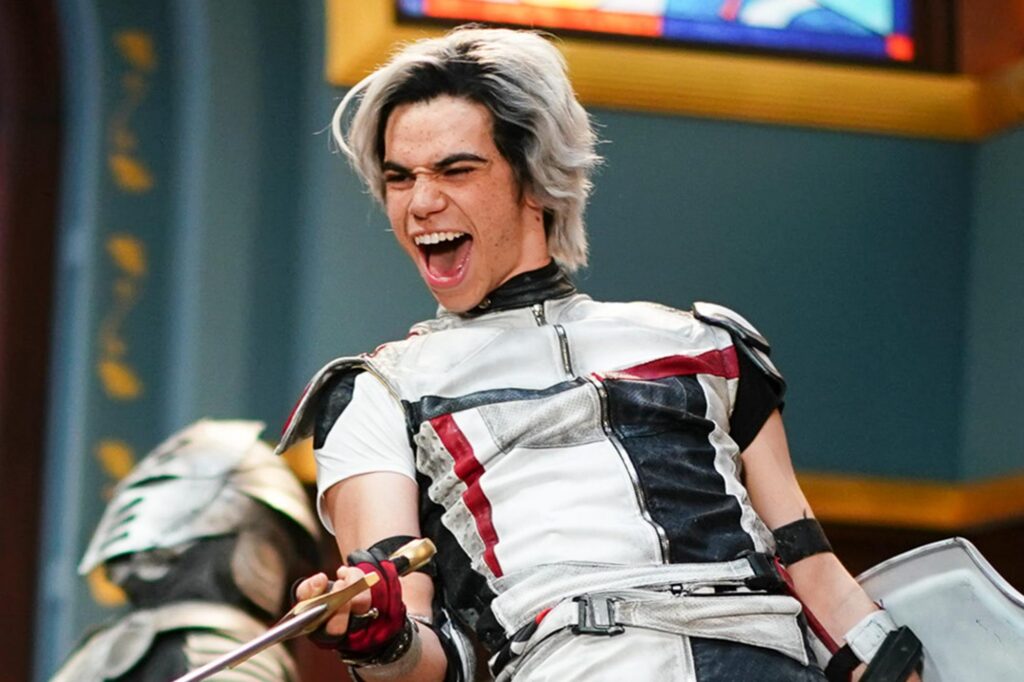 Cameron Boyce died just a month before the release of “Descendants 3,” in which he was once again starring as Carlos, the son of Cruella de Vil. When the film was released on the Disney Channel, a touching tribute was included to celebrate the life and work of the longtime Disney star.

People.com summed up the tribute:

“The tribute featured smiling footage and photos of Boyce throughout his years on the Disney Channel, including his time on Jessie, in which he appeared for four seasons alongside star Debby Ryan.

A clip of Michelle Obama‘s guest appearance on Jessie was also featured, including the moment Boyce happily exclaimed “I made her laugh!” as he hugged the former First Lady.

Additionally, the montage included videos of him dancing, acting, laughing, embracing his Descendants castmates, smiling with his family, and wrapped with a young Boyce auditioning with a script in hand.

“Everything you are, every smile, every laugh, every dance, every hug, every moment, everyone you touched … you mean everything to us,” text throughout the tribute reads.”

For the premiere of “Descendants 3,” stars Dove Cameron and Booboo Stewart, along with director Kenny Ortega, spoke with Nightline about the passing of Cameron and his impact on their work:

Remembering Cameron and his work

Fans, friends and colleagues are remembering Cameron on the anniversary of his untimely death today on Twitter. While many are remembering his acting and dancing artistry, many others are commenting on his joyful spirit and his humanitarian work.

Today is the one year anniversary of the death of the most beautiful guy, walking this earth.. Cameron Boyce.
Never forgotten?? pic.twitter.com/VcRf8O37yT

Upon receiving an award for his efforts to bring awareness to the global water crisis, Cameron stated:

“We all go … I hope that all of you think about what it is that you want to leave. We all have material things, we all have things that we own and we like, treat ourselves and all that stuff but what you leave behind should be bigger than you. And I really believe that.”

In 2019 the Cameron Boyce Foundation was established to honor Cameron’s legacy and to fight to reduce gun violence and cure epilepsy.

Today, though our hearts are heavy, we choose to honor the incredible legacy Cameron leaves behind, and our commitment to use our resources to make our world a better place. We are so grateful for your love and support, and we will continue onward in our fight to end SUDEP. Please visit KNOWSUDEPNOW.org to learn more about how you can help. Much love, TCBF ?

A post shared by The Cameron Boyce Foundation (@thecameronboycefoundation) on Jul 6, 2020 at 9:13am PDT

Did you know that 2021 Walt Disney World vacation packages are NOW on sale? You can get a jump start on your vacation plans for next year by filling out our form below for your FREE no-obligation quote from MickeyTravels!

Find articles like this helpful? Then why not consider working with an Authorized Disney Vacation Planner? As an agent with MickeyTravels, I’ll be on hand to assist you with everything from finding your perfect package to helping you plan lots of special touches to make your visit truly magical. Best of all my services are absolutely FREE. Get in touch at 732.754.4553 via email at jbannon@mickeytravels.com or follow me on Facebook, Instagram or Twitter.