So, I don’t like to play favorites with Star Wars. All the films, even the runt of the litter The Clone Wars, are my babies.

But here is a secret: if I have nothing to do, and that is rare, it’s not a shock to see me watching Rogue One.

Loving The Rogue One

I do love Rogue One: A Star Wars Story. So, as a consequence, I was delighted — and I do mean delighted — when I heard about the Disney+ Cassian Andor series back in November.

And I was even more thrilled to hear more about the series from D23.

Diego Luna Is Thrilled To Return To Star Wars Via Disney+

But, what’s that saying; “there’s no there there.” Yes, we know that we have a Cassian Andor series coming. But what exactly does that mean?

And, at one point we actually thought it might get put on the back burner. 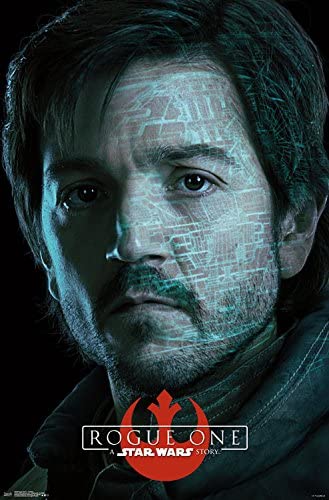 “What is fun about this is, in many ways, I don’t think it feels different than working on a movie,” he told Scott. “It certainly doesn’t feel like we are making any compromises. It’s the same creative conditions in every department to do what we can do. We also have this backlog of characters. A lot of the characters that we built for all of the films either didn’t make it to the final cut, because that’s just the way that the film process happens, or that they are seen so momentarily that there is this wonderful second opportunity to bring back some of the characters that we’ve made and bring them to this new storyline in a more, shall we say, integrated way.

“I think it’s going to be tremendous.”

Well, there’s not a heck of a lot of there, there, either. But hey, it’s Neal Scanlon and he thinks it’s gonna be tremendous. So, that’s a, um, tremendous. Right?

Boba Fett: Still In The Sarlacc? 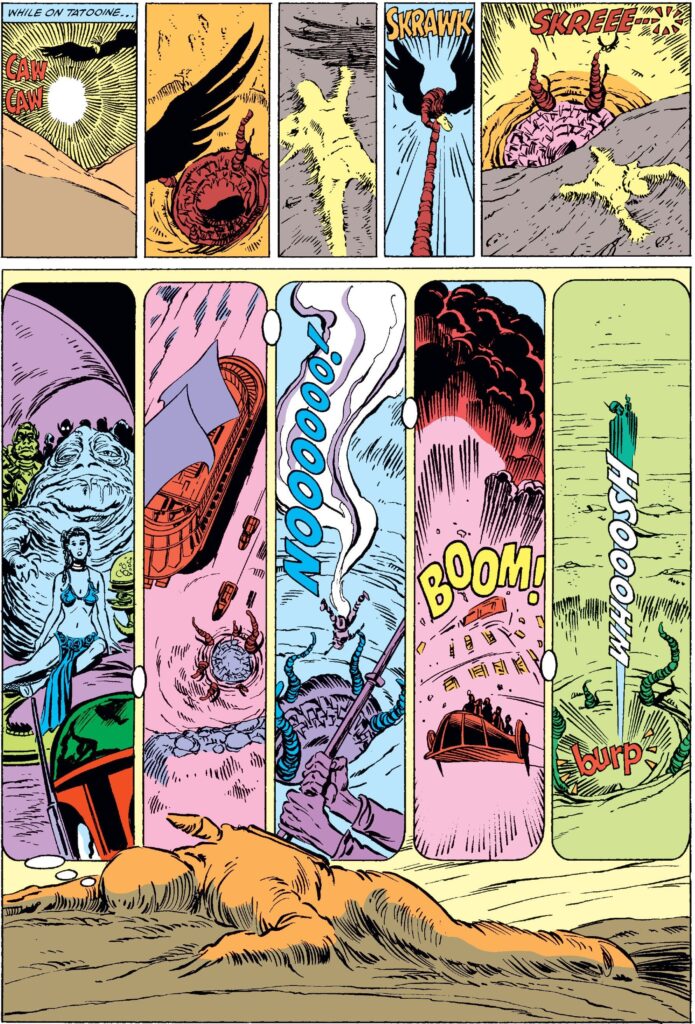 Boba Fett burped out of the Sarlacc. Image: Marvel.com

Do you know what else is tremendous? When Lucasfilm peeps don’t say “no” about a Boba Fett movie/series.

“We are all aware of conversations that are being had and potential things,” he said to Movie Web regarding possible Boba Fett projects. “So much of this is in development, and parallel developments are taking place at all times. It’s oftentimes very difficult to predict which particular project will gain momentum and move forward.

“So, not yet. Not yet. There’s nothing positive I can give to you yet.”

To which I respond: