Behind The Scenes Of Artemis Fowl

Ever since the end of the Harry Potter series (and the pausing of the Fantastic Beasts films), I have looked forward to the “next” fantasy to come to the fore. I believed that Miss Peregrine’s Home for Peculiar Children would fill that void. But, unfortunately, nobody else did.

But now, as we head into a period of anticipation, I am throwing my full attention the way of Artemis Fowl.

The first teaser came in November 2018, and predicted an August 2019 bow. That did not happen; however, the teaser was beautiful: 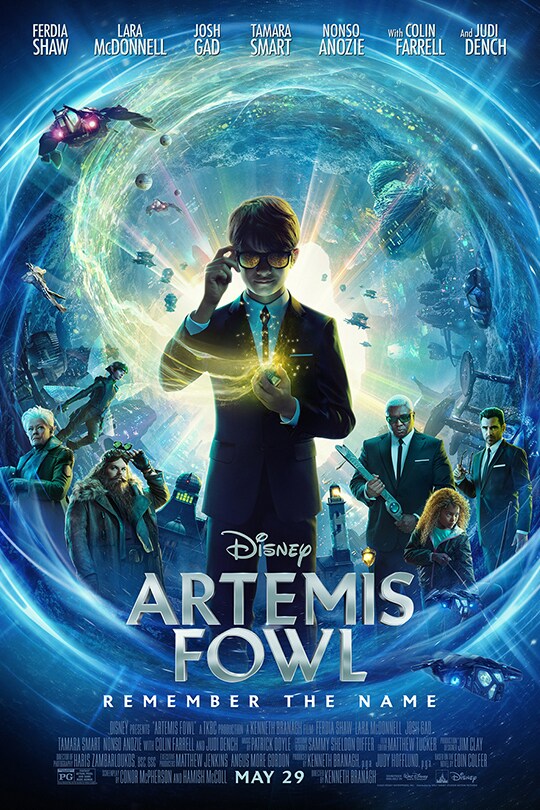 Directed by Kenneth Branagh and based on the beloved book by Eoin Colfer, ARTEMIS FOWL follows 12-year-old genius Artemis Fowl, a descendant of a long line of criminal masterminds, as he finds himself in a battle of strength and cunning against a powerful, hidden race of fairies who may be behind his father’s disappearance. The film stars Ferdia Shaw, Lara McDonnell, Tamara Smart, Nonzo Anozie, with Josh Gad, and Judi Dench. Judy Hofflund and Kenneth Branagh are producing with Angus More Gordon and Matthew Jenkins serving as executive producers. The screenplay is by Conor McPherson and Hamish McColl.

Now, who knows about that release date but the movie looks amazing.

Branagh said of the story, “Artemis Fowl is a character who is exciting and different.

“He’s 12-years-old and a criminal mastermind.

“The story began in Eoin Colfer’s imagination — the author of these eight novels.”

The author specified, “I just fell in love with this idea of a 12-year-old Bond villain who discovers the world of technology and magic…”

Check out today’s new behind the scenes feature: